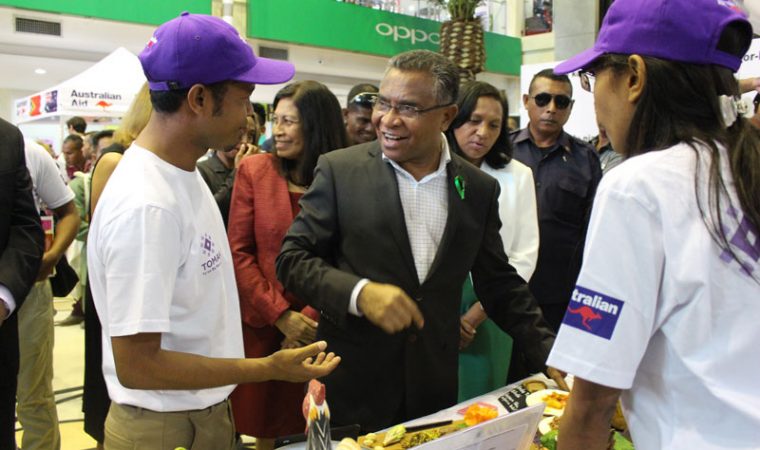 TOMAK has displayed its wares to the Timorese public and the broader donor community at the Australian Aid Showcase held at Timor Plaza on March 8 and 11. The showcase coincided with the launch of the Partnership for Human Development Program (PHD) and featured colourful and informative displays from close to 20 Australian Government-funded development projects.

During a tour by dignitaries, TOMAK’s display attracted particular attention from Timor-Leste Prime Minister Rui Maria de Araújo. The Prime Minister asked a range of questions about the agricultural products TOMAK is currently working on, and discussed the rationale for these with TOMAK staff members. He was particularly interested to learn more about the productivity gains that farmers can achieve, and how these could make them more competitive in the market. 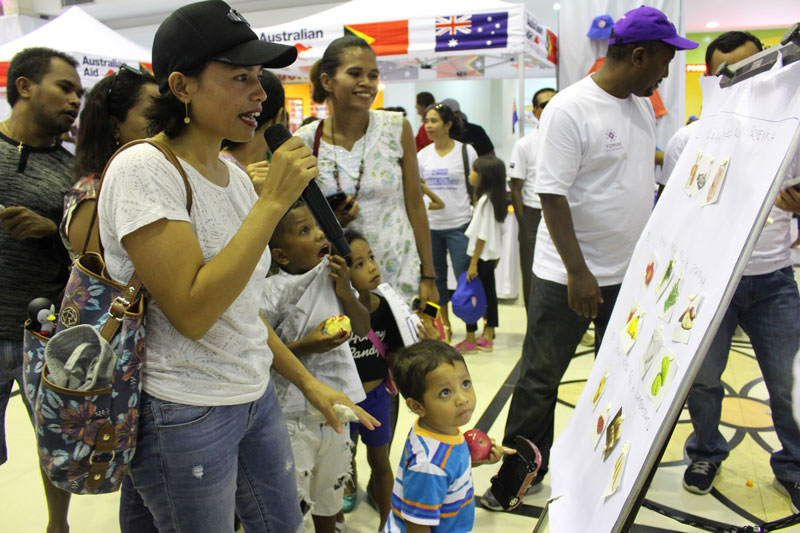 The ‘Mums’ group in the nutrition competition. Roundly beaten by the ‘Kids’ group, but having a lot of laughs in the process.

The showcase also involved a series of stage events. TOMAK’s contribution, led by key partner Mercy Corps, was a nutrition competition between kids and their mums. Accompanied with much laughter and fierce competition as they raced against the clock, the various groups were asked to sort different foods into protein, carbohydrate, and vitamin/mineral groups.

The result? Kids beat the mums, hands down.